Here’s a tasty appetizer for a the Chinese New Year which is on Saturday, January 25. I paired Fried Chinese Wonton Appetizers with Buffalo Hot Sauce. It is sort of an unusual combination — but the wontons served with homemade hot sauce is just right. I am particularly pleased with my attempt at making “Buffalo Hot Sauce.” 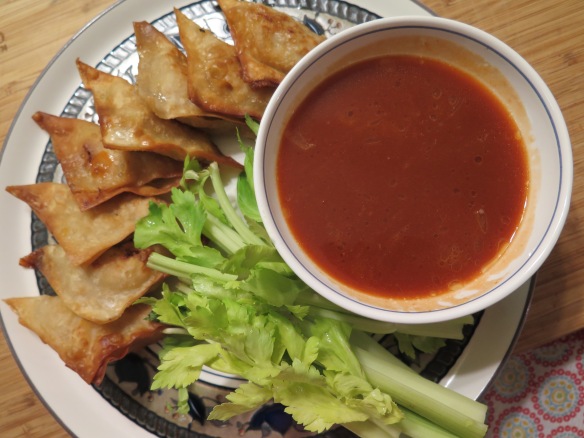 The Chinese New Year varies slightly from year to year. It is defined by the Chinese Lunar Calendar which is associated with the movement of the moon. This year is the “Year of the Rat.”  The lunar calendar has 12 animal signs and the rat is the first animal in the Chinese zodiac. If you are born in the “Year of the Rat” you will have many interesting characteristics. The New Year’s celebration is especially important in Chinese culture, with a feast, holiday lasting several days and many traditions.

There are several Chinese dishes which I love. These include wonton soup, egg drop soup and dumplings. At one point in my life, I was really into making homemade egg rolls and served them with sweet and sour sauce and hot mustard. I like my recipe for homemade egg rolls much better than the commercial ones. The egg rolls froze well. I’d made a big batch, freeze the leftovers and then get some out out for a quick supper dish from time to time.

When I saw a recipe for fried wonton appetizers served with Buffalo Hot Sauce, I decided to give the combination a try. I associate Buffalo Hot Sauce with chicken wings. But why not pair it with a Chinese appetizer – sort of a Texas-Chinese fusion. The fried wontons are similar my vintage egg roll recipe and wonton soup recipe — but without the bean sprouts. The Buffalo Hot Sauce (which actually originated in upstate New York) made just the perfect hot dipping sauce.

The fried wontons are very simple and easy to make. For the wonton filling, I used a chicken breast, onion, cabbage, and seasonings of grated fresh ginger, soy sauce, Sriracha sauce and a pinch of pepper. 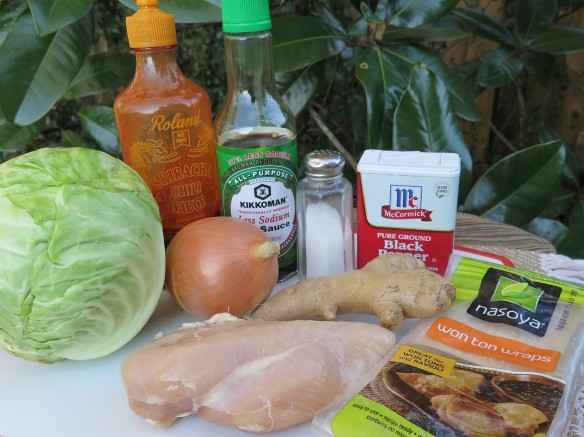 To make these, grind up the raw chicken breast and onion in a food processor and cook them completely in a skillet. Add shredded cabbage and seasonings  (salt is optional since soy sauce contains plenty) and cook just enough to slightly wilt the cabbage. 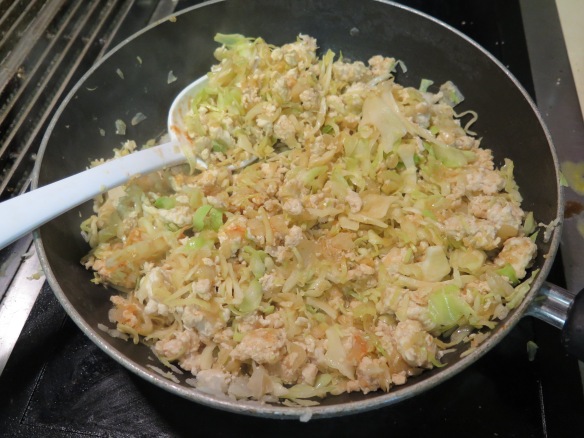 I made little triangles using purchased wonton wrappers. Add a spoonful of drained filling a top corner of each wonton wrapper, fold in half on the diagonal and dampen the edges with a paste of flour and water so the edges stick together. How many wontons does this recipe make? It really depends on how finely the chicken is ground up and  how much you try to pack into each wrapper. Don’t over do it. 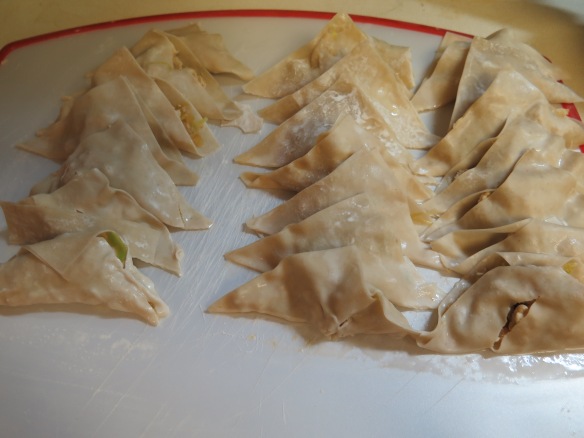 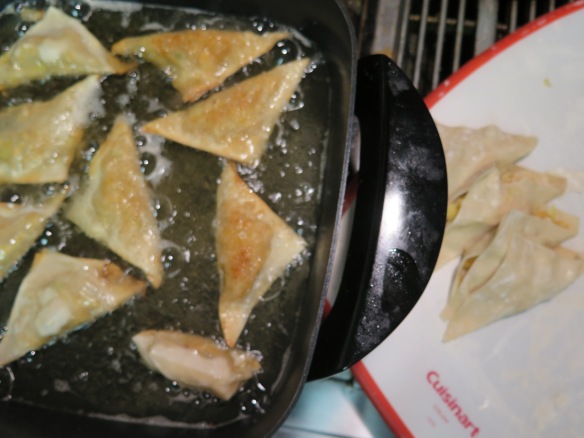 Drain the wrappers on a paper towel and then transfer to a serving platter. Here are my appetizers. 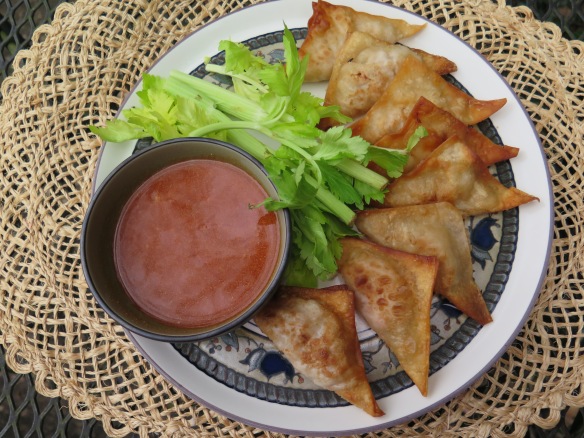 Buffalo Sauce began as a coating for chicken wings and originated in 1964 at the Anchor Bar in Buffalo, New York, owned by Teressa Bellissimo. They are named after the city of Buffalo. The sauce is made of cayenne pepper, hot sauce and melted margarine or butter. The level of “hot” can be varied based on ingredients. The chicken wings are dipped and coated in the sauce prior to serving. The wings are usually accompanied with Blue Cheese dipping sauce and celery sticks.

This recipe for Buffalo Hot Sauce tastes like the real sauce. It is a great for buffalo chicken wings, chicken tenders, fried shrimp, pulled pork and as a dipping sauce for vegetables. And it went well with the fried wontons. It has a different flavor from other sweet and sour sauces — this sauce is just hot. But I love it. 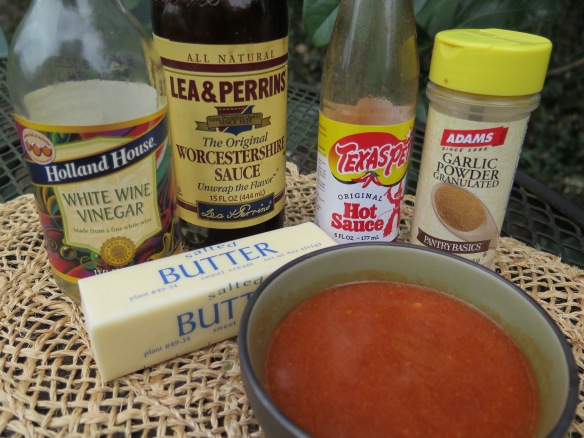 “Texas Pete” Hot Sauce is the basis for my Buffalo Sauce. There are many brands of hot sauce on the market; I picked this one at random — it was just right for the sauce. To make the sauce, simply melt the butter on the stove. And I reduced the amount of butter in my sauce to just a few tablespoons (I didn’t use the entire stick) — many internet recipes use substantially more butter. Add in the other ingredients of Texas Pete Hot Sauce, white wine vinegar, Worcestershire Sauce and garlic powder. Heat and stir until combined. .I think I’ll be using this sauce for many more dishes in the future — this is a great sauce.