Cool, crisp fall weather brings changing colors on trees and ripe apples to much of the country. I especially liked fresh apple cider and donuts while living in Michigan years ago. We miss this in southern Louisiana–wishful memories. Then I opened one of my CSA (Community Supported Agriculture) baskets. Surprise, apples were in the basket along with honey and other produce! 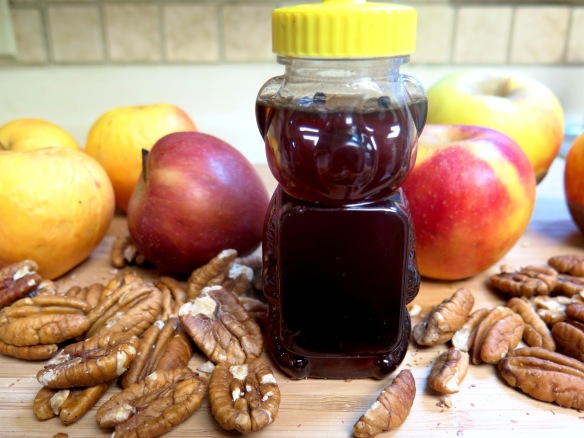 Apparently, it is cool enough in the northern part of the state to grow apples there. (For reference, this is where the cable reality television show, Duck Dynasty, is filmed.)  Apples must have a dormant spell each winter and it just doesn’t get cold enough in southern Louisiana for this fruit. The northern part of the state is in another temperature zone. These look like Gala or Pinky Lady apples–just guessing.

I thought it would be interesting to combine apples and honey in a dessert, along with pecans (which are grown in Louisiana). Apple Strudel is an Austrian dessert. Apples, raisins, sugar, bread crumbs and butter are rolled up in phyllo pastry dough. It’s a flaky, buttery dessert with fruit filling. 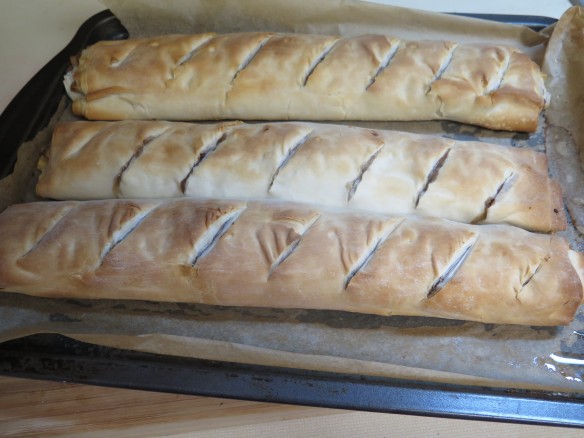 My variation using honey was tasty. A little doughy–probably due to the syrupy honey, but we ate it all. 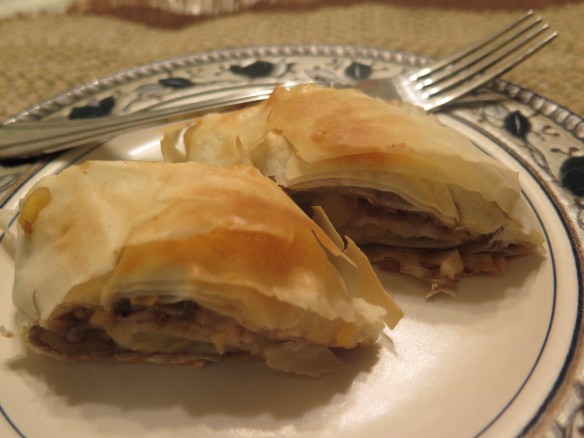 I kept thinking of trying an adaptation of baklava using the apples, sort of a cross with apple strudel. Both use phyllo dough. When my son was in high school we made baklava several times. He continued to experiment with it while in college and has a pretty good version, so I called him for advice.

Baklava is traditional Greek dessert made with sugar, nuts and butter spread between layers of phyllo dough. Honey syrup is poured over the pastry after it is baked. Then it sets for a day or so. It takes some technique and practice to work with paper thin phyllo dough and keep it from breaking apart. Each layer of the phyllo pastry dough is spread with generous amounts of butter, with layers stacked up and the filling placed between some of the layers. Baklava is a sticky, gooey and very sweet dessert. 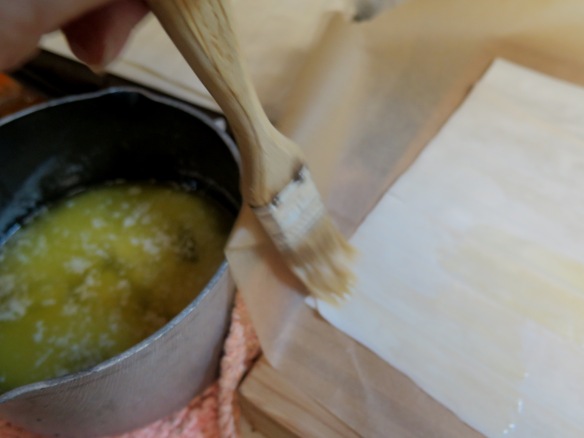 We visited Rochester, New York, in October and stopped at the farmer’s market. All types of apples were available that I can’t find in stores here. I brought some Empire apples home to use since my CSA apples were eaten. 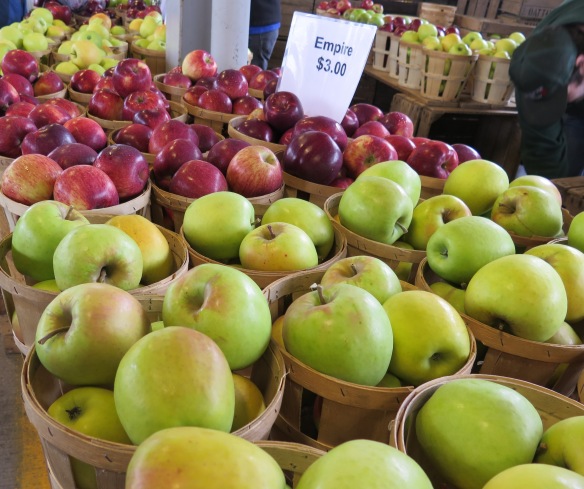 Empire apples are a cross between McIntosh and Red Delicious. They have a nice fruity aroma and a tart taste and hold together when cooking. They were developed by New York State Agricultural Experiment Station agriculturists at Cornell University who named the apples as a tribute to the state of New York. A perfect apple for a strudel-type pastry. 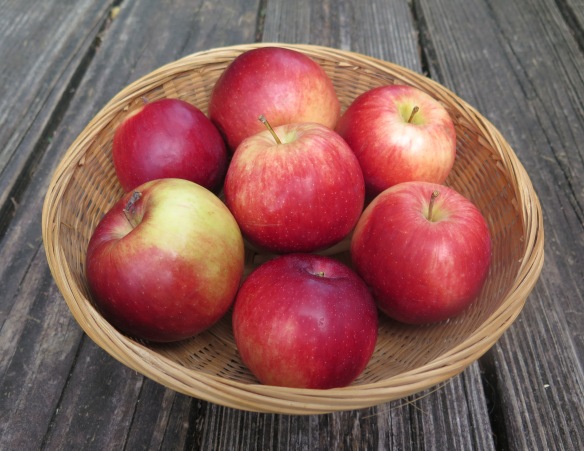 For my second version, I layered the apples and honey with the phyllo dough and placed it in a 9 ” x 13″ baking pan, rather than rolling it up into a log.

Phyllo dough is purchased frozen and usually in 1 lb packages. One package was enough dough for three strudel logs. This is more than I needed. Fortunately, the dough can be re-frozen after cutting off what is needed.  Different brands of phyllo dough come in slightly different sizes and thicknesses. For this pastry, I used half the package. 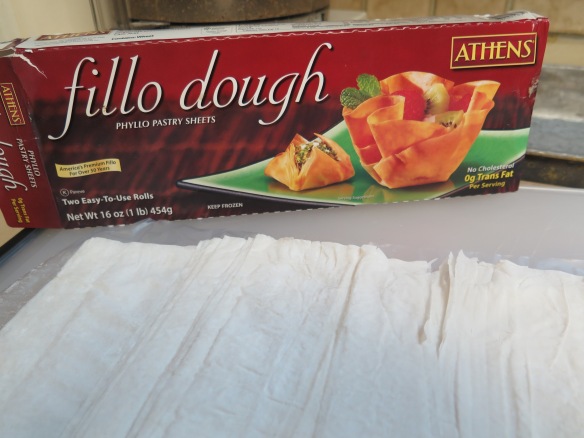 Here we go. Get everything ready before starting to assemble the pastry as the assembly needs to go quickly.

I did not peel the Empire apples. It is tedious to peel apples by hand and you lose alot of the apple. Plus the peel has some of the nutrients. When cooked, the peels become soft and is not obvious that the peels are in the mix because the apples are sliced thinly. 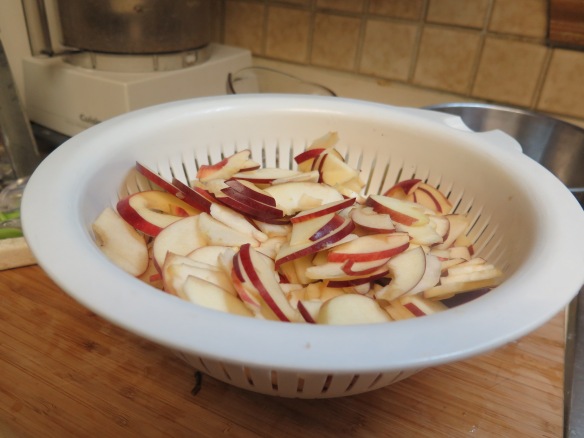 I cored the apples, then used a mandoline slicer to slice the apples, but a food processor or sharp knife also works. 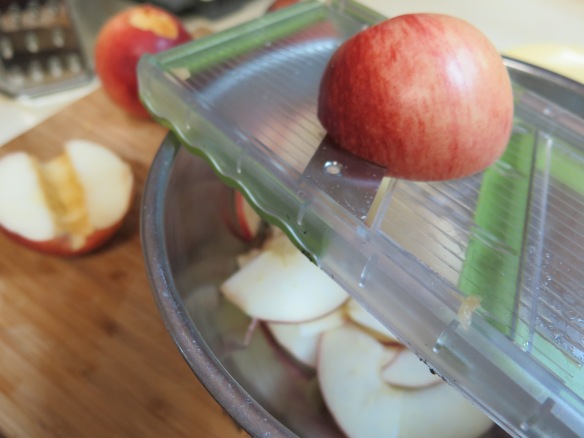 Melt the honey in some butter on the stove, add apples and lemon juice and cook until the apples are soft. Add a little water if needed so the apples don’t scorch. (Drain off this juice when layering the apples onto the phyllo dough.) Toast the pecan pieces so they are flavorful and chop them finely along with sugar and cinnamon.

Place the thawed phyllo dough on pastry paper on a large work surface. You may cover the sheets with a damp towel to avoid having them dry out during the process. Cut the phyllo dough in half crosswise if the dough is 13″ x 18″. Pieces that are 13″ x 9″ fit nicely into a baking pan this dimension. Melt a stick of real butter (yes, a whole stick).

Place a sheet of dough in the baking pan, brush with butter and layer five sheets of phyllo dough into the pan–brushing each with butter; work quickly. Use about 1/3 of the sheets. Layer on half of the apples and honey followed by half the pecans. Repeat the process ending with about five sheets of phyllo dough. You will probably have a few sheets left over. Re-freeze these. 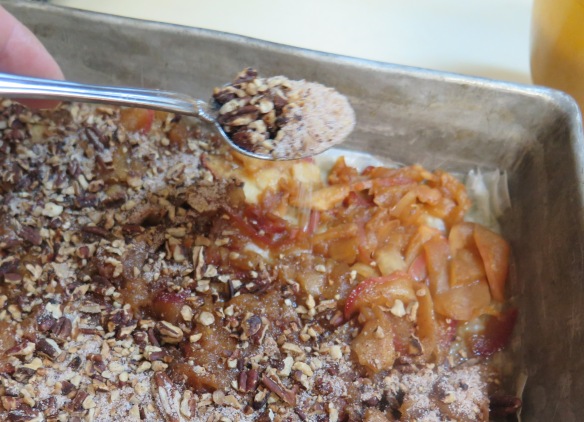 Score the finished phyllo pastry prior to baking so that is easier to cut. 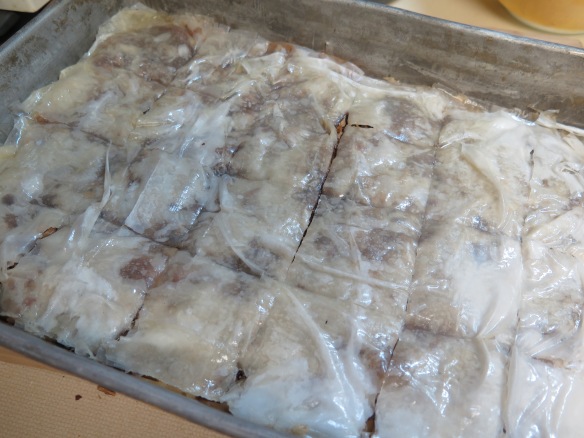 Not too sweet, good for breakfast or dessert.

The finished pastry is not too sweet–unlike balkava. This makes a good breakfast pastry as well as a dessert. Serve hot with yogurt, ice cream or whipped cream. 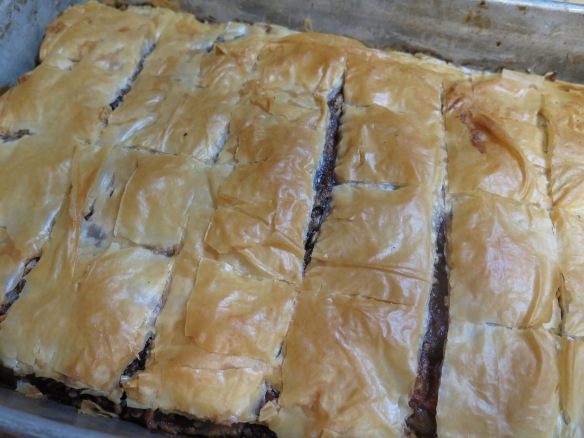 Here are the finished pastry squares along with a few last flowers from by garden. 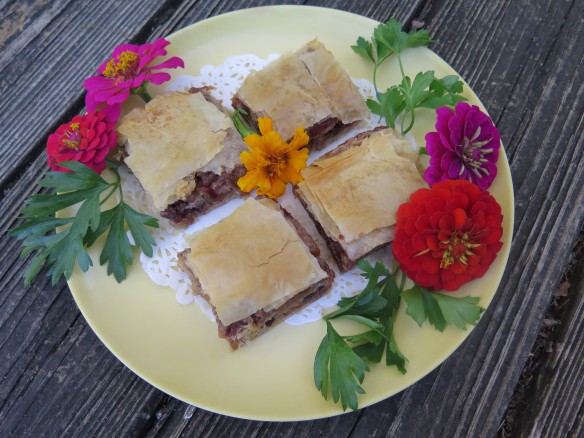 The CSA produce baskets have provided fun inspiration for recipes to cook.And I was pleased that my son has continued culinary ways as a hobby after he moved away from home and helped me with this project. Autumn colors always bring back memories of those days. The years go by quickly! 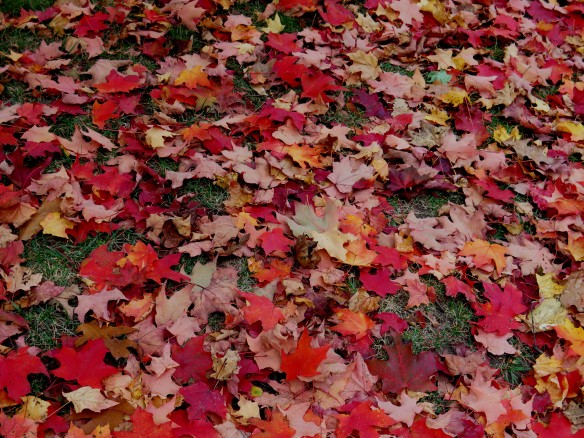 We enjoyed a few brief days of “fall” while in Rochester and stopped to take pictures of this beautiful tree and autumn colors. 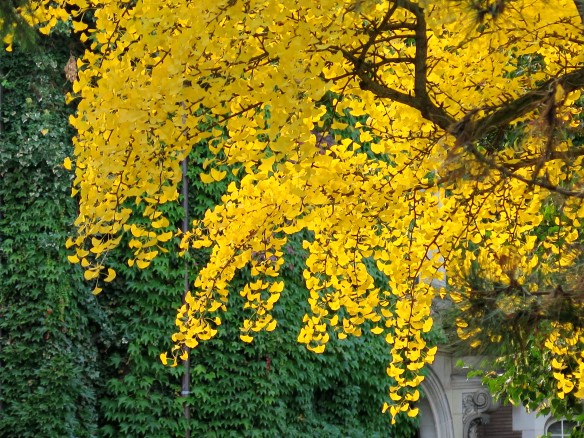 Hope I won’t bore you! 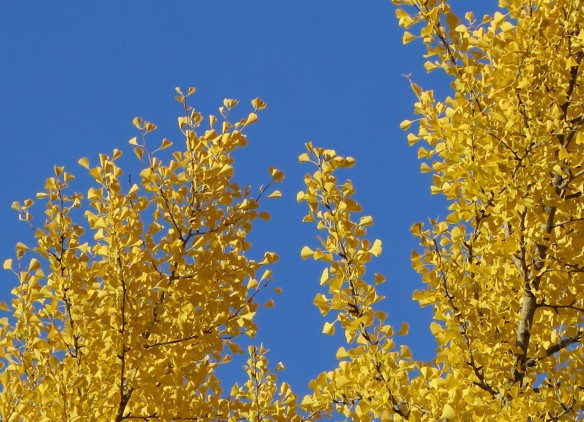 What is Baklava?. Wise Geek, wisegeek.com/what-is-baklava.htm