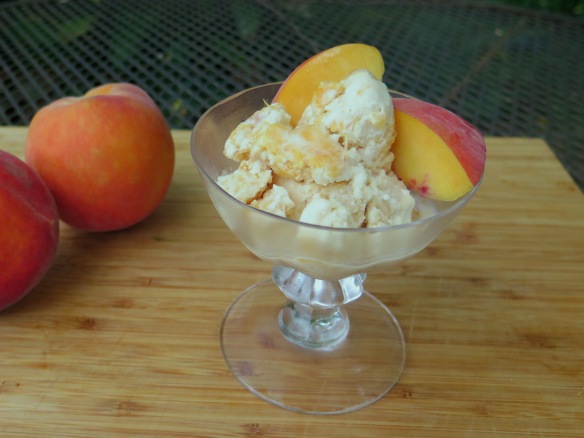 Growing Up with Homemade Ice Cream

Ice cream must have been my mother’s favorite dessert, because the hand-cranked ice cream churner was always put to use when company came over or when family was visiting. Here are grandchildren eager to sample the ice cream. 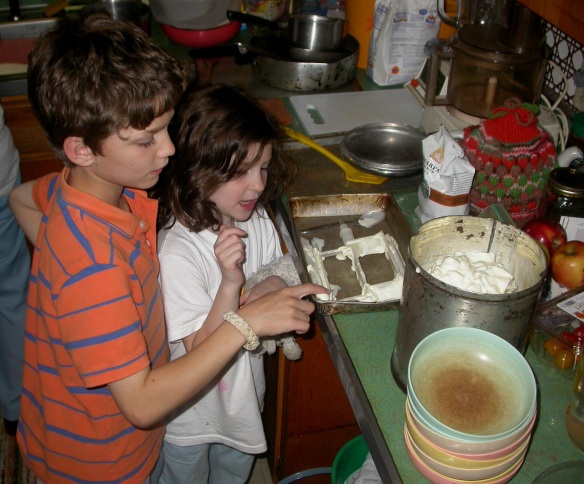 Everyone took a turn at cranking the machine—because it takes alot of elbow grease and time to churn homemade ice cream with a hand-cranked machine. My mother made many varieties — peach and cherry were summer favorites. 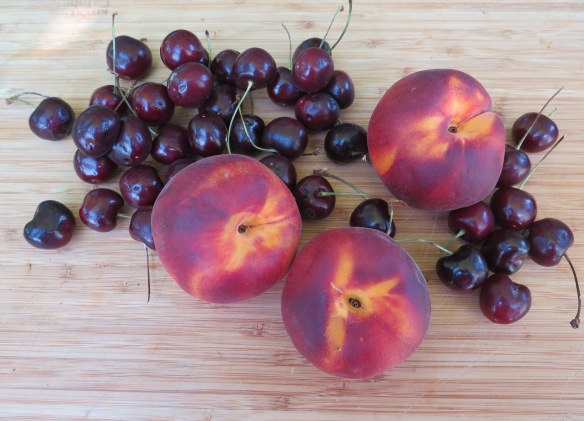 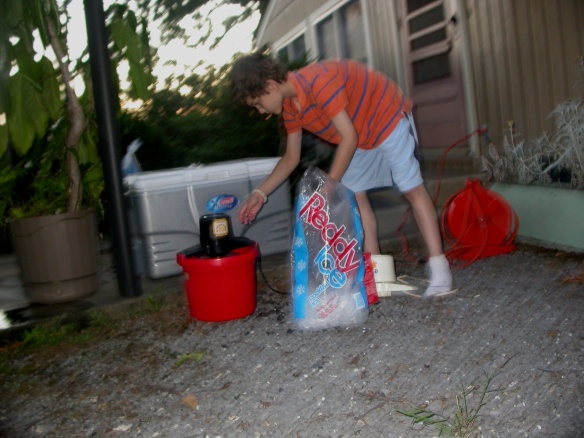 Growing up in Rural Louisiana in the 1960’s

Peaches are grown in the northern part of Louisiana around Ruston, Louisiana. My friend, Alice, grew up in the area. Here’s what she says about beating the heat and peach ice cream when she was a child in the 1960’s in Louisiana.

When my uncle’s family, from out of state, came to my grandmother’s house in north Louisiana, my cousins and I ate cold watermelons outside and then got hosed down with water so we weren’t so sticky.  The water was welcomed because it was 90-100 degrees in July.  Most of their house was air conditioned, but it was  freezing inside with our summer clothes on.  We would go inside for just a few minutes to cool off and then we went outside again to play.   Getting a blast of air conditioning was like swimming and coming up for air.   Also, Grandma Julia’s children and their spouses would make gallons of fresh peach ice cream.  I didn’t know that there was another flavor of homemade ice cream for a long time. Grandma’s home was north of Ruston, the Peach Capital of Louisiana.

There are many recipes for homemade ice cream; custard ice cream is still my favorite. It uses eggs to thicken the ice cream mix and is a cooked custard. It is rich and creamy. Here are the ingredients   My Cuisinart electric ice cream maker makes a small batch — it is plenty for one meal and homemade ice cream is best when eaten the day is made. I add a little vanilla extract to the peach ice cream custard to enhance the flavor. 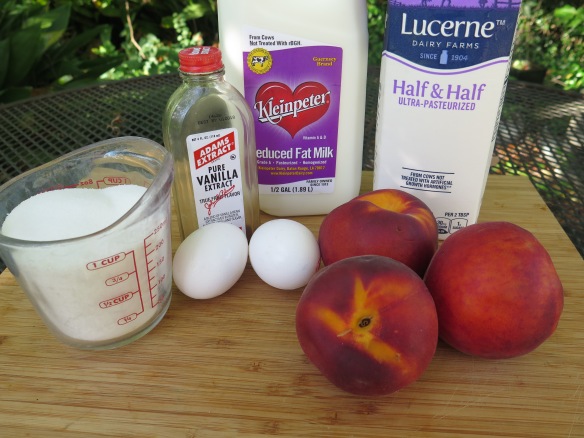 The milk in ice cream provides protein, calcium, riboflavin and Vitamin D. Alas, the fat and sugar results in a high-calorie dessert and the heavy cream provides cholesterol and saturated fat. I’ve reduced the fat content by using low-fat milk and half-and-half in place of heavy cream. This also reduces the calories. Alice suggests reducing the fat further by using skim milk and evaporated skim milk in place of cream. Her version has 90 calories per cup of ice cream.

Here are some suggestions for making the peach custard ice cream.

There are many brands and types of ice cream makers. The Cuisinart maker is unique because the bowl is double-walled with a refrigerant and kept in a freezer until ready to use. The machine doesn’t require ice. 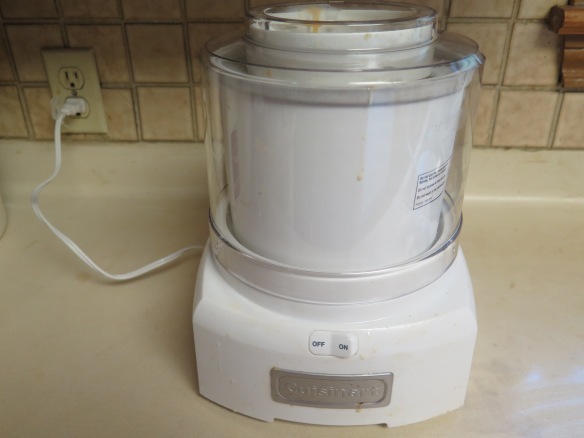 Here’s the mix when poured into the ice cream maker. 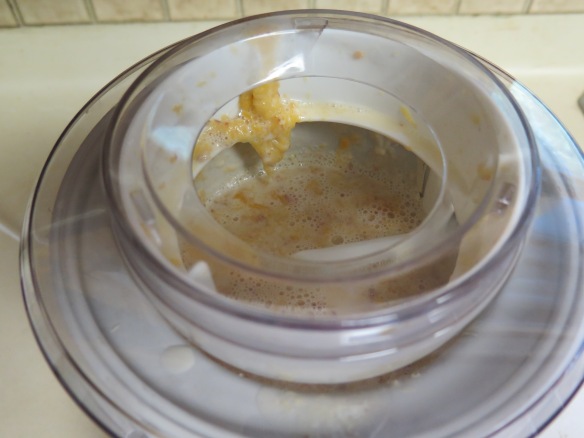 The mixer turns, the beaters remain stationary. This incorporates air and keeps the ice cream smooth — large sugar crystals are prevented by the churning. Here’s the finished ice cream. Yum! 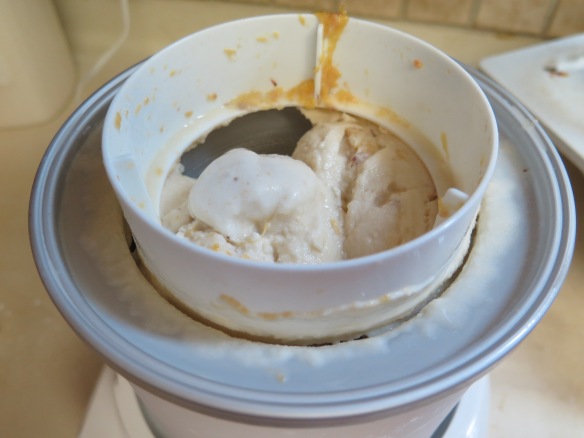 I’ve included my recipe for a small batch of peach ice cream and Alice’s recipe for low-fat ice cream made in a standard gallon ice cream maker. Alice questions whether or not you should add the entire 1/2 gallon milk and heat to make the custard. I remember my mother making custard ice cream in a very large pot; so I think this was the technique used many years ago. Enjoy. 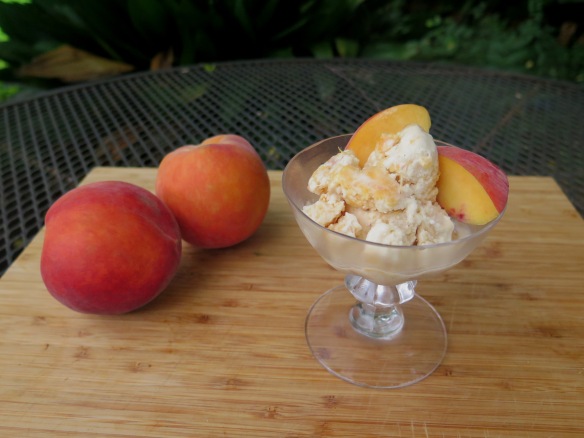